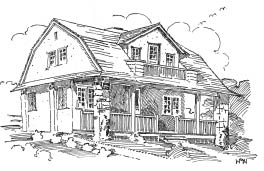 The House of the Democrat 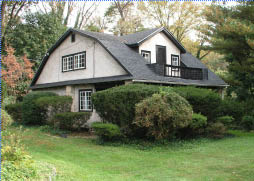 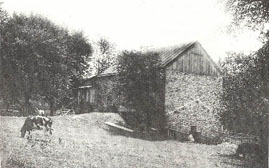 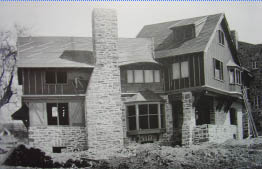 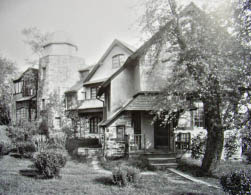 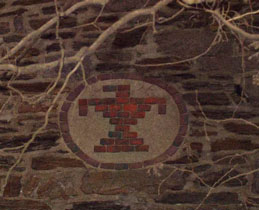 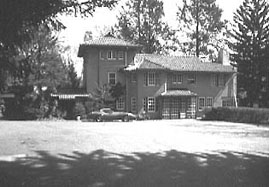 Will Price died in 1916 at 55. It has been argued that, had he had as long a career as his contemporary Frank Lloyd Wright (1867-1959), Price might also have been a giant among the world’s architects. There is certainly much about his later work like the Atlantic City hotels and the Chicago Freight Terminal to indicate a radically modern direction. And modernism exists in his earlier work, but it is now more difficult to see or understand. The houses he built before founding Rose Valley are made from the same hodge-podge of materials as any other turn-of-the-century American architect used for the show places of rich clients: cut and rough stone, cedar and slate shingles, Gothic and half-timber wood work, red brick and buff stucco. All of this historicism hid modern systems like electricity, steam heat, and interior plumbing.

When Will Price came to Rose Valley there were twelve small houses, two old mills, and an historic stone house once occupied by Bishop White. Price rehabilitated some buildings; slip covered others and, eventually, put up completely new houses. The old bobbin mill was given a quaint rustic porch. A farmhouse above the Bishop White house was encased in stucco and tile and expanded to become the grandest house in the valley, “Schönhaus.” An unpretentious cottage went up on Price’s Lane, “the house of the democrat.” The latter is one of the most important buildings of the American Arts and Crafts movement.

Before it was built, Price published designs for this house in several influential magazines with a national circulation like Ladies’ Home Journal. Along with other Arts and Crafts proselytizers like Gustav Stickley, Price sought to convince Americans that they didn’t need to “keep up with the Joneses.” He admonished both rich and poor to “…dispense with the plush albums and tea-store chromos and self-playing melodeons and comic operas and the daily installment of wood-pulp which calls itself the modern newspaper. Resigning these luxuries, they will get what in return? They will still have the necessaries of life and some of the comforts.” He wrote a book called Model Homes for Little Money in which he made an effort to distill his idea about how anyone’s home could have everything it needed to live the art that is life without costly materials and elaborate detail. The mere consideration of the quality of housing for the average person was a modern notion. Earlier architects may have designed small houses, but they were for the relatively rich. If and when housing was contemplated for anyone else, it was usually in terms of cheap, exploitative development.

Price thought houses would be modern if they fit the life one lived. He was very much against copying historical styles because no one lived like Roman emperors or French royalty. He thought beauty would come not from the architect’s design but from the fitness of purpose, place, and materials. The most eloquent example of this in Rose Valley is Thunderbird Lodge, the studio house of Alice and Charles Stevens.

The structure grew from an existing stone bank barn. The second floor of the barn became a studio for Charles while the first was shaped into another for Alice. The name of the house derived from Charles Stevens’ passionate interest in Native American artifacts. His collection eventually became the core of the University of Pennsylvania museum collection. The fireplace in the upstairs studio is said to have the form of a Thunderbird, a symbol that also appears on the studio exterior, this time made of Henry Mercer’s Moravian tiles. 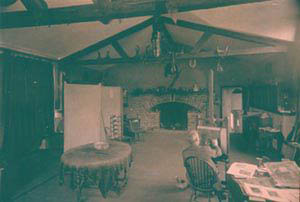 Price described the house: “ The old barn standing near the road was converted into first and second floor studios, the old timber roof being rebuilt for the upper studio, and large windows and fireplaces being built into the old walls. The house rambles off from the fireplace and off the studios and is connected to them by an octagonal stair hall. It is built in part of fieldstone so like that in the old barn that it is almost impossible to tell old work from new. The upper part is of warm gray plaster, and the roof of red tile. All of the detail is as simple and direct as possible, and the interior is finished in cypress stained to soft browns and grays and guilty of no finish other than wax or oil.”

Citing the way the house fit its site, the way the pergola helped integrate the building and gardens, the use of local materials, and the references to indigenous architecture, magazines compared it to the designs of Frank Lloyd Wright who was then just beginning to develop his signature Prairie School style.

Thunderbird lodge later became the home of the Olmsteds: Judge Allen and Mildred Scott Olmsted, both well-known social activists. He was instrumental in the founding of the American Civil Liberties Union, and she was a tireless proponent of the Women’s International League for Peace and Freedom. 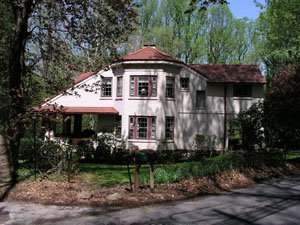